The first person that comes to mind is my Mother in Law.  I know I have mentioned her on other posts but this one can be all about her.

My husband and I were High School Sweethearts.  We started dating in the 9th grade. At that time I never met my mother in law and quite honestly even if I had I still don't things would be any different today.

My husband broke my heart and I thought that we would never be together again...you know how it is when your young and stupid and well you get the point.  So flash forward senior year.  The hubs and I had a class together and we got stuck together as partners for the entire year.  I asked the teacher for a different partner (yes still holding a grudge-but could you blame me he did break my heart at the homecoming dance and made out with the chick and danced with her in front of me, anyways) the teacher told me "Miss Elzea, there are going to be allot of people in your life that you don't want to work with, so get used to it now." I was stuck!  I  tried to make the best of it and Jay and I got to be pretty good friends.  Anyways we got to know each others family and his mother did not like me.  For several reasons I guess.  First was that we were not dating and were just friends.  He actually had a girlfriend whom my mother in law just loved.  I was also dating a guy from Delano.

So this is were it all began.  My mother in-law was not happy that Jay and I were spending any amount of time together.  We were really good buddy's.  Nothing else, really.

When Jay broke up with his girlfriend his mother was very upset with me.  She said it was all my fault-though I still was dating my boyfriend. Jay and I started spending more time together and he was really my night in shining armor.

As our relationship got closer his mother tried everything to make it stop and come between us.  She would make me stand on the rug at the top of the steps while Jay changed to go out, she made me cry and told Jay that I was no good for him. 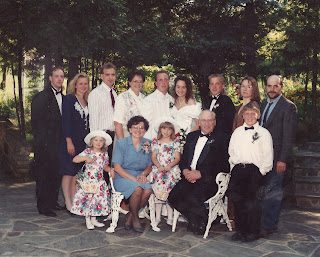 When we decided to move in with each other she brought Jays grandparents over to our apartment and My mother in law and her sat me down and told me how we were living in sin and that we would be going to Hell.

When we got engaged, she arranged for her church and hall for the wedding and reception.  Not telling either one of us until our Niece was Baptisted.  She  pulled my husband over to the side and said "The church and hall are all set aside for your wedding, you just have to get Carrey to go to the classes." Jay told his mother that I had always wanted to get married outside and thats what we were going to do.

Then when I was pregnant with my son, we had bought our first house and I had needed Jay's Birth Certificate and had not given it back to her yet.  In front of everyone,she brings out everyone of her boys birth certificates and tells everyone how Jay's is missing and that I would not give it back to her. I went outside and cried my eyes out.  I would not go back in and I made my husband take me home.

We had picked the names of what our children would be when we were in high school.  We decided that we should fight about it when I was not pregnant an then not fight about it while I was.  So when we told Jay's parents our names she was disappointed in me because, there is no way you can name a child before it is born.  In her opinion you have to see the child before you can name it.

My mother in law has never, ever really been that nice to me.  She never tells me Happy Birthday, Happy Anniversary or even cares to ask what is going on in my life.  I have come to the conclusion that its her problem and not mine anymore.  She is the one that is missing out.  In fact she really does not know me,my husband or our son.  She chooses this and I just try and not let it bother me anymore.

Does anyone else have a Mother-In-Law like mine?
Posted by Unknown
Email ThisBlogThis!Share to TwitterShare to FacebookShare to Pinterest
at 10:45 AM 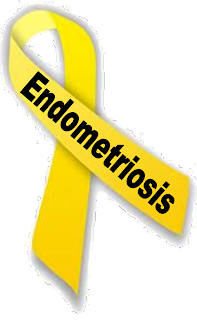